Seize the moment with a spontaneous adventure

From unexpected experiences to new favorite destinations, spur-of-the-moment travel has its perks. Although it’s always recommended to plan your travel well in advance, occasionally an opportunity will arise that you just can’t pass up. We reached out to a few Go Ahead globetrotters to hear about the memorable adventures that have resulted from their last-minute tour decisions, and we discovered that it’s worth embracing the spirit of spontaneity every once in a while. 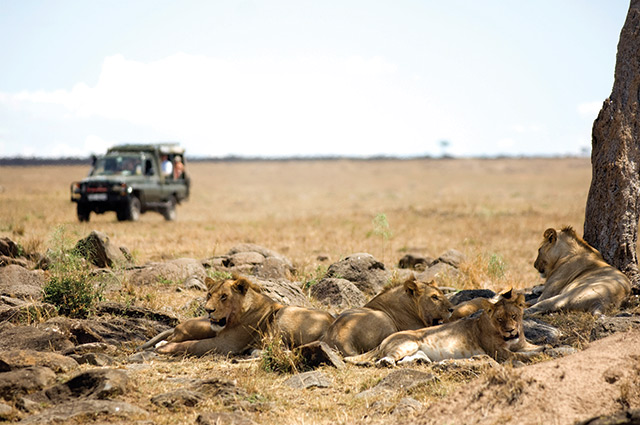 “This past fall I read an article claiming that the Northern Lights were predicted to be the strongest in December and January. Within a week, I had booked a trip to Iceland in the hopes I would finally see them. Unfortunately, the weather wasn’t ideal while we were there, but the trip ended up being one of the best I’ve ever been on and I’ve already booked a return visit for this summer!” —Jenna, Graphic Designer

2. Meet up with travel companions

“Last year, my wife and I went on a tour where we were lucky enough to become travel buddies with a pair of friends from Boston. This year, we had planned on taking the Vietnam & Angkor Wat tour when we heard that our Boston buddies would be enjoying the Tanzania Wildlife Safari at almost the exact same time that we’d be in Asia. Somewhat jokingly, they said we should change our plans and meet up with them in Africa. My wife asked me, ‘How often do you get a chance to go on an African safari with people you like to travel with?’ Within five minutes we changed our travel plans from Asia to Africa. The safari with our friends was amazing and all four of us had a great time!” —Amy, Traveler

“When I was visiting the Czech Republic, I was supposed to stay in Prague for four days but a friend I had previously hosted through couch surfing was living nearby in Brno, about two hours from Prague. I drove out to visit her and her friends and they brought me to an abandoned quarry where we swam and cooked on the grill. Later, we went to a medieval castle and had an amazing time—it definitely ranks as one of my best travel memories.” —Peter, Senior Web Software Developer

“I first traveled with Go Ahead in May of 2015 on the Food & Wine: Flavors of Tuscany & Umbria tour. Since I had been to Italy before I initially opted out of the extension to Rome, but halfway through the tour I caved into peer pressure and asked our Tour Director to help me arrange the extension. I could not have been happier with this decision! During those three extra days, I saw a whole other Rome—it felt like I had never been there before. From viewing major sights to taking off-the-beaten-path adventures, this was an added experience that I will never regret!” —Chris, Tour Consultant

Have you ever taken a spontaneous adventure?

Start planning your next adventure