4 reasons to visit Rome in the spring

Rome is a city for all seasons. To us, there is virtually no “bad time” to visit Italy’s venerated capital—it often boils down to personal preferences as to the best time to visit. Spring is widely considered the "off-season” if such a thing exists for one of the most popular cities in the world. However, each spring the city comes to life with traditional events—both old and new—that make a trip to Rome a rewarding and fun experience during these slightly warmer months. 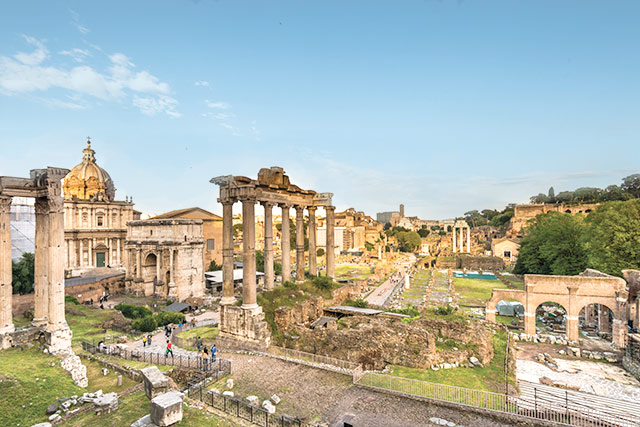 Temperatures in the spring hover around 65 degrees but can also occasionally reach into the 80s. Outdoor dining buds again in April and blossoms in popularity through the spring and summer. Rome in the spring is best tackled with some warm clothes, a few layers and definitely an umbrella.

Although not as rainy as in the fall, the spring will certainly have some rain with the average amounts of precipitation decreasing consecutively in April, May and June.

Spring and the Catholic Easter season is a busy time in Rome for those practicing. Easter typically falls in late March or early April and kicks off a series of festivities, while warmer temperatures lure scores of visitors and pilgrims. Easter Mass, celebrated by the Pope in St. Peter’s Basilica, is thronged by thousands inside of the cathedral and tens of thousands outside of it on the Piazza San Petro.

Marvel at all the spring blooms

The city’s rose garden near Circus Maximus is a popular destination once the flowers begin to bloom come spring. Additionally, beautiful potted azaleas are placed on the Spanish Steps and arranged along the Via Veneto for the annual Festa della Primavera (Spring Festival), which is complemented by concerts in the Trinitàdei Monti, the famous twin-bell-towered Roman Catholic Church that crowns the steps in Renaissance regality.

April 21 is a true Roman holiday—the celebration of Rome’s birthday (2,768 years and counting this year). Gruppo Storico Romano deck out in period senatorial and gladiatorial garb and parade around. Mock gladiator shows and other reenactments of Roman history are staged throughout the city, concerts are aplenty, and colorful fountains of fireworks from Aventine Hill light up the town and the Tiber River.

In late May, Rome’s chariot-racing heritage continues, in a way, with the CSIO ROME International Horse Show on Piazza di Siena in Villa Borghese, where horses dance in the air as they run and jump in one of the world’s most captivating equestrian spectacles.

The annual Antiques Fair (Mostra dell’Antiquariato) at Via dei Coronari is another May happening, letting you take home a piece of Roman history as a fine souvenir of a memorable spring in the city of the Caesars. If you have to postpone your Roman holiday until fall, the Antiques Fair is held again in October.

What’s your favorite season to visit Rome? Tell us why on Facebook!

Start planning a trip to Rome