There’s something about the scenery of the Canadian Rockies and western United States that’s impossible to convey with words. Believe me, I’ve been trying since returning from our National Parks: Canadian Rockies, Glacier & Yellowstone tour. Since so many of my descriptions seemed to end up with me taking out my phone and saying “here, let me just show you instead,” here are ten of my favorite photos from tour. Sometimes, a picture can say more than words. 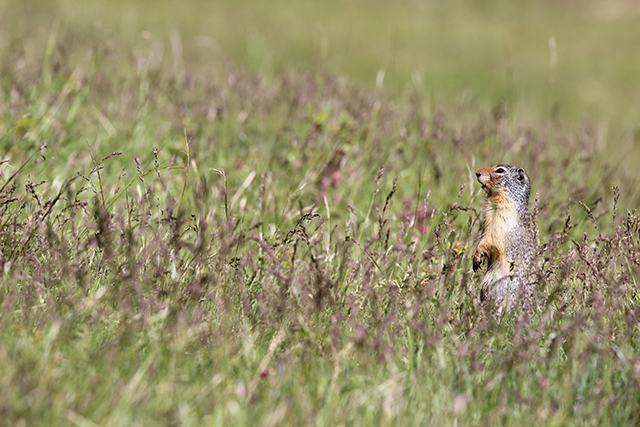 On our first day in Banff, our bus driver took us to one of his “secret spots,” a scenic lookout on Mount Norquay. In addition to a spectacular view of the town and surrounding mountains, this overlook was home to a family of busy ground squirrels. 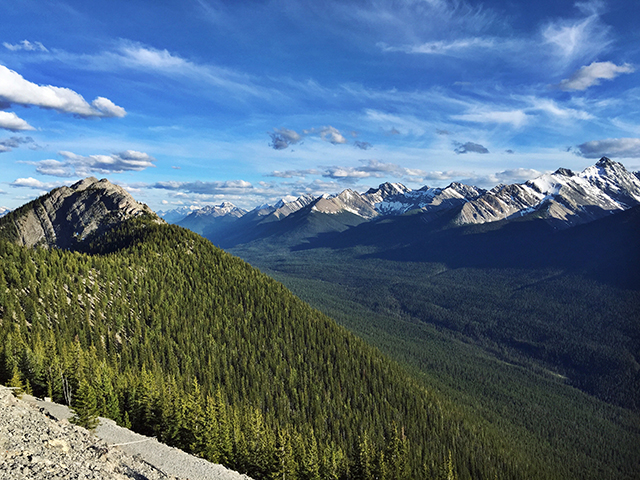 After dinner one evening, a few of us decided to use our free time to take a ride into the mountains on the nearby gondola. We made it up just as the sun was setting and the views were like nothing I could have imagined. 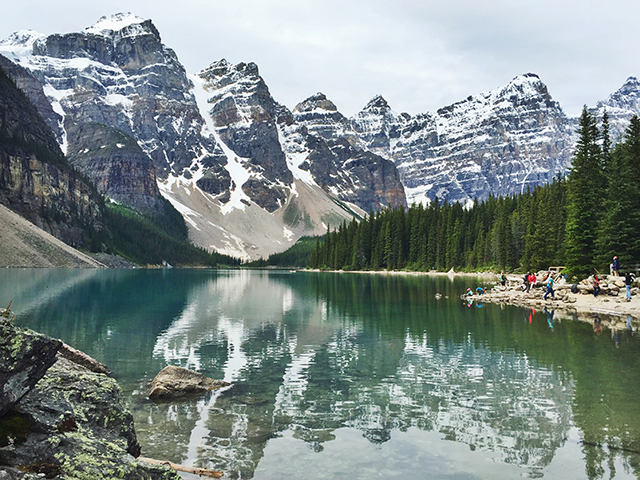 On our way to Lake Louise, we made an unexpected detour to the nearby Moraine Lake. Saying that it was one of the most beautiful places I’ve ever been would be an understatement. 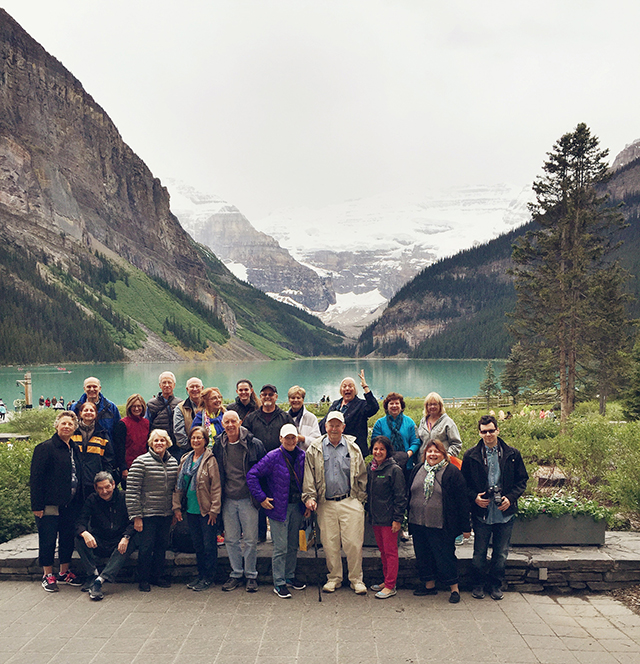 Here we are! If you’re wondering whether Lake Louise is just as turquoise in person as it looks in photos, I promise it is. Even though the clouds were out when this shot was taken, you can still see the water’s signature hue. 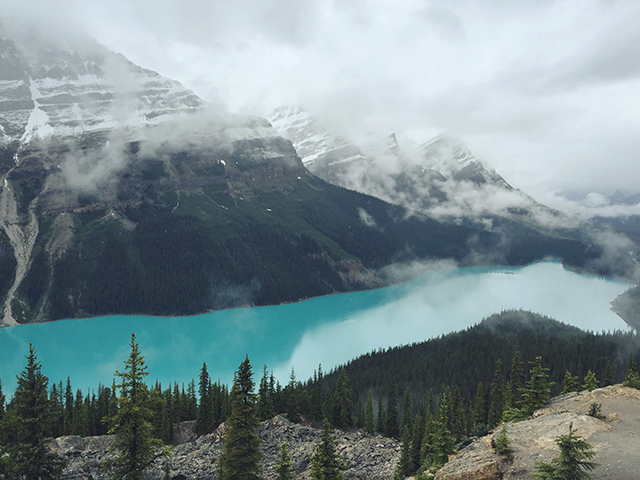 We stopped here on our way up the Icefields Parkway on another overcast day. With the mountain mists swirling around and the shocking blue color of the water, Peyto Lake is a sight to behold. 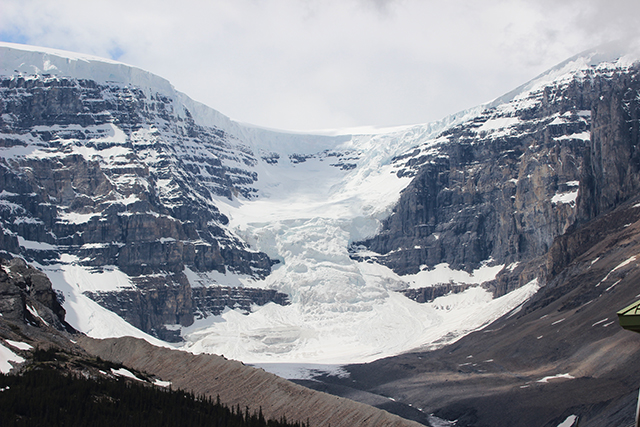 Over the past 125 years, this impressive glacier has tragically experienced a loss of more than half its volume and continues to recede at a rate of close to 16 feet each year. 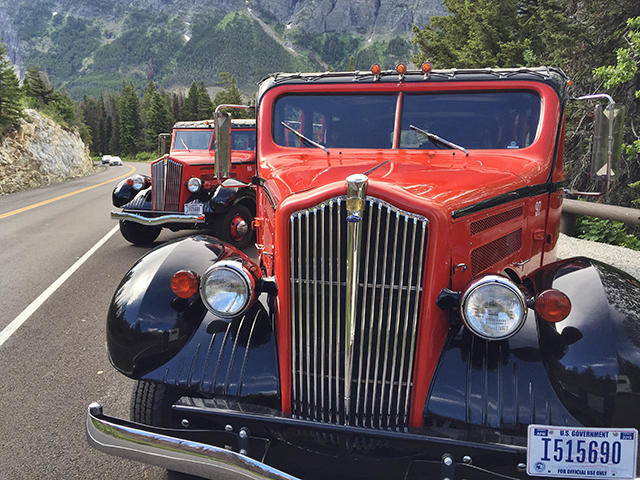 I’m not really much of a car enthusiast, but I can make an exception for these vintage vehicles from the 1930s. With the original bodies still in use today, a ride in one of these feels like stepping back in time. 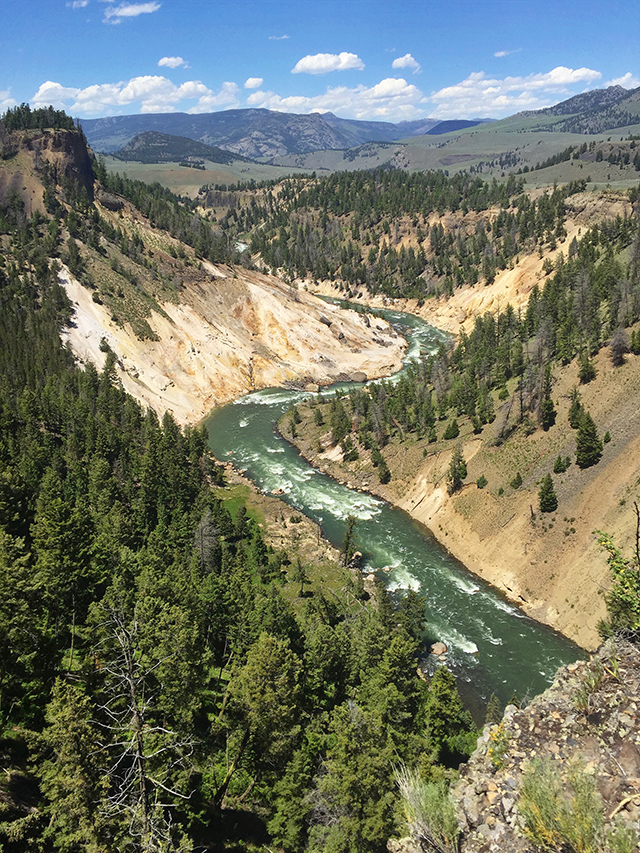 What impressed me most about America’s first national park was just how expansive it is, and this shot of its eponymous river captures the feeling perfectly. The park’s wide open spaces create a feeling of boundlessness that I haven’t experienced anywhere else. 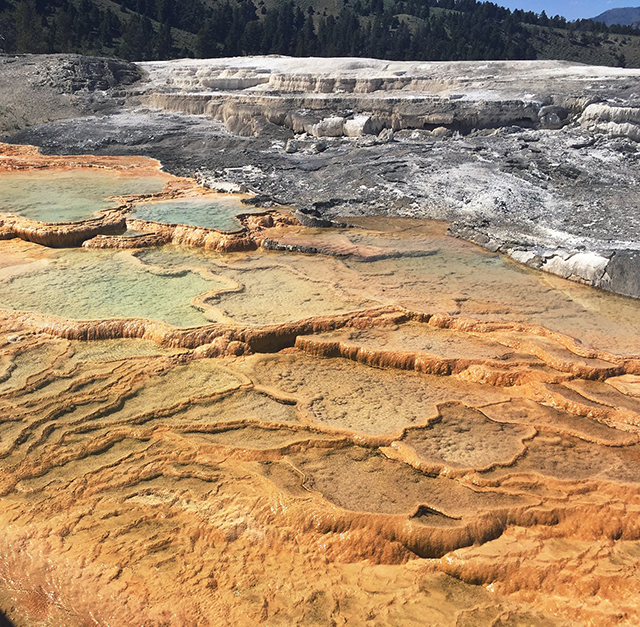 The hike along the boardwalk to get to the top of this terraced outcrop may be long, but it’s definitely worth the effort. With its otherworldly look, this was by far the most unique indication of the park’s volcanic heritage. 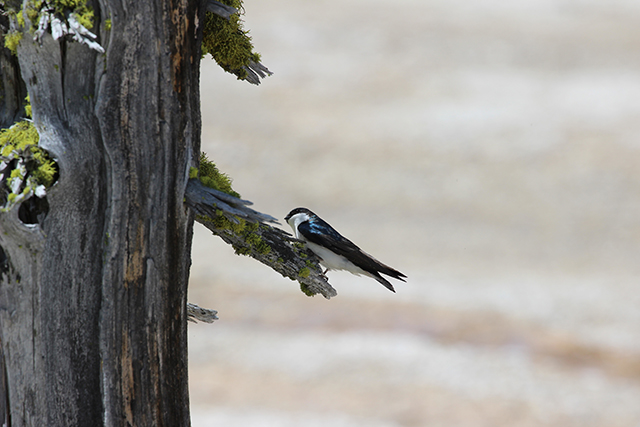 While making my way around Yellowstone Lake, I was lucky enough to come across a pair of these iridescent birds who were nesting in a hollowed out tree. Here, the male casts a quizzical glance from his perch.

Have you ever been to the Canadian Rockies, Glacier or Yellowstone? Share your favorite memory on our Facebook page!

Explore the Canadian Rockies on tour