A day on tour: Edinburgh & the Castles of Scotland

Go Ahead Traveler Jacob explored “Auld Reekie” on his Edinburgh & the Castles of Scotland tour. For a quick peek into what it’s like on this tour, Jacob gave us a play-by-play of his third day in Edinburgh.

Going for a jog in a new city is one of my favorite ways to discover new streets, neighborhoods and views I might never have encountered otherwise. It’s also a great way to fight jetlag after flying across the Atlantic!

So I start today bright and early, heading out into the refreshingly cool morning from our central hotel in Edinburgh. I start off by heading towards the Royal Mile, the famous street that connects Edinburgh Castle with Holyrood Palace (the official residence of the Queen in Scotland). As I approach Holyrood, I pass the unique, modern Scottish Parliament Building on my right. I decide I agree with the Scots who don’t quite care for the choice of design.

From there I start my small hike up Arthur’s Seat, lured by promises of panoramic views of the city and the Firth of Forth beyond. I’m certainly not alone this morning—dog walkers, locals and other tourists are also taking advantage of the day. I choose a path that appears to lead me where I want to go: the top of the hill, of course. My jog changes gears into a hike, and about an hour later I find myself windswept and enjoying some lovely views. 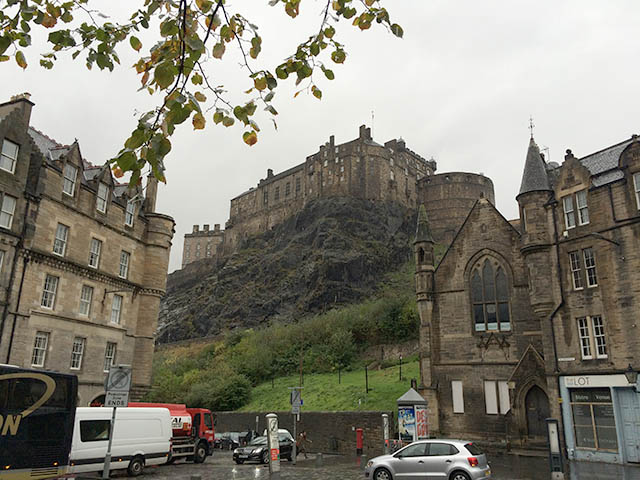 After a few minutes of taking in the 360-degree views, I find my path and start the descent back to the city. I need to hurry a bit if I’m going to enjoy a cup of coffee before our group meets our local guide for a tour of the city. I make it just in time for our meeting in the lobby, and our incredible guide for the day takes us onto the bus for an orientation drive through Edinburgh.

We see both the old and new halves of the city, which contrast beautifully. Our guide is a wealth of knowledge and the whole group is fascinated by his stories and the interesting context he paints during our visit to Edinburgh Castle. His love and passion for the city comes across vividly. Before our visit, we pause for a brief photo opportunity in Grassmarket, a historic market place in the old town.

After snapping a few nice shots, we get back on the bus where our driver takes us as close as possible to the castle entrance. We’re warned that he can only get so far—and that there’s a bit of an incline ahead of us. Indeed we find ourselves on a 10-minute walk up to the castle gates, but it’s enjoyable and the group is in good spirits. The views from the castle are lovely, despite the clouds that are apparently not so rare.

The castle itself is a fascinating collection of grand halls, hidden staircases and doorways, and moving monuments. After our guide finishes his explanation, he encourages us to explore the castle on our own. I start in the Great Hall; with its Renaissance touches, my pop-cultured mind immediately went to “Game of Thrones.” 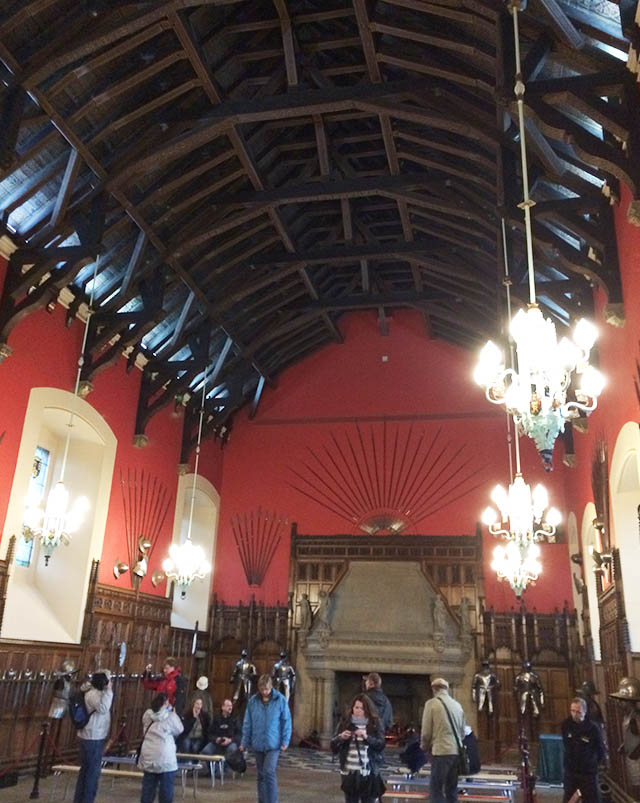 From there, I wander to the Scottish National War Memorial across the courtyard. A solemn and moving place, I’m overwhelmed by the human costs Scotland has paid over the centuries. Finally, I move to the Royal Palace and find the Honours of Scotland (the crown, the scepter and the sword of state). I round out my visit to the Royal Palace by seeing the Birth Chamber (also known as the Mary Room) where James VI was born.

I decide to make my own way back to the hotel rather than joining the bus transfer and in doing so, spend some time walking along the Royal Mile. It’s much livelier than it was first thing in the morning, and certainly worth a few hours of exploration. After finding some lunch, it’s time to depart for our excursion to Abbotsford House and Melrose Abbey. 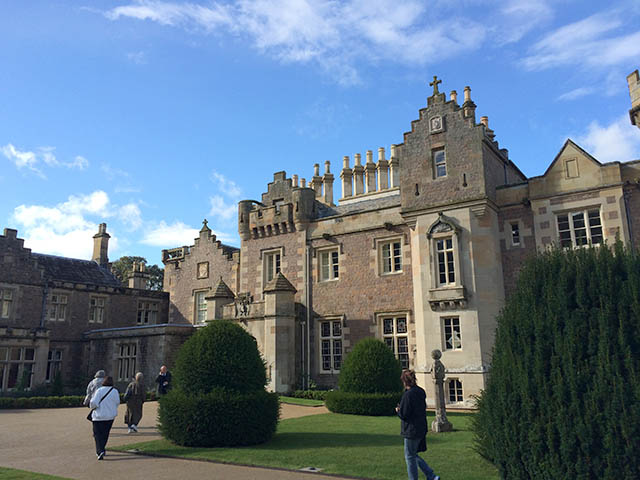 We arrive at Abbotsford House under clearing skies and are led on a fascinating tour of the mansion. The focus of the tour is on the biography of Sir Walter Scott, a Scottish novelist and poet who built and lived in the house. We see rooms with wallpaper imported from China, a large collection of weapons in the armory and the library where Scott spent most of his days. 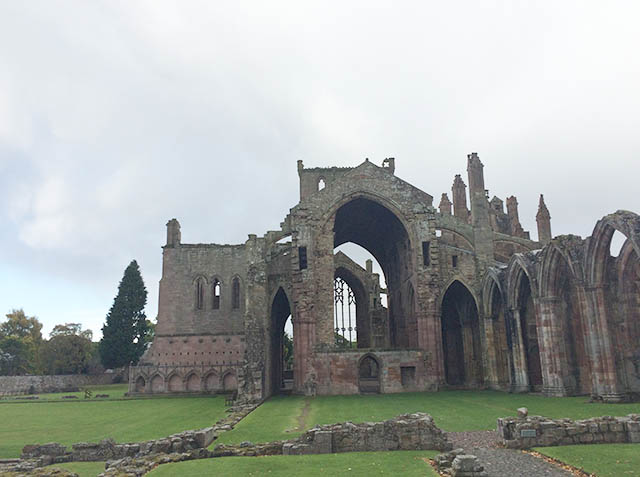 We board the bus for our quick trip over to Melrose Abbey, a 12th century monastery now in ruins. Several Scottish kings and nobles are buried here, including the embalmed heart of Robert the Bruce! We spend some time exploring the Abbey and surrounding grounds.

As we board the bus to return to our hotel, I try to reflect on all I had seen in one day. The centuries of history that I had experienced are overwhelming for someone who grew up in North America, and it challenges my perspective in a wonderful way. When I ask myself for the reason I spend so much time traveling (and decided to work in the travel world), I think it’s for that very experience.

Have you been on a tour of Scotland? What was your favorite part? Let us know on Facebook! 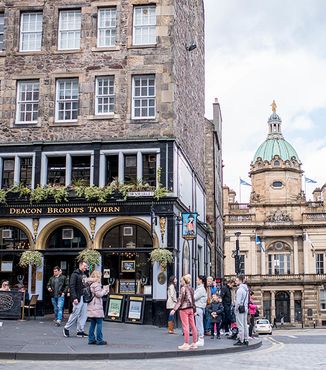 Destinations
5 Things to do in Edinburgh, Scotland 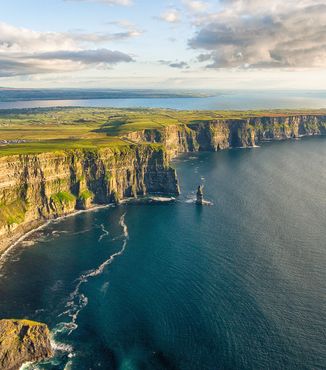 Travel stories
The best parts of a tour to England, Scotland, and Ireland 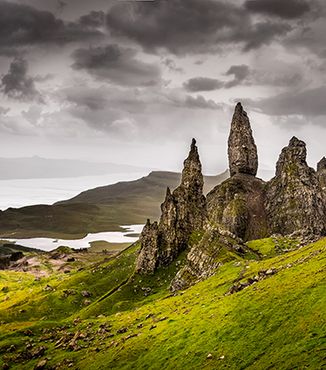 Destinations
6 Things we love about Scotland