Whether you’re planning to set off on one of our Food & Wine Tours of Italy or joining our Online Escape through a Tuscan vineyard, sipping Italy’s traditional wines is an easy (and delicious!) way to connect with local culture.

First, read this cheat sheet of wines to try and watch this video for tips on how to sample wine like a sommelier. Then, print out our downloadable wine tasting placemat to host a wine tasting party at home. 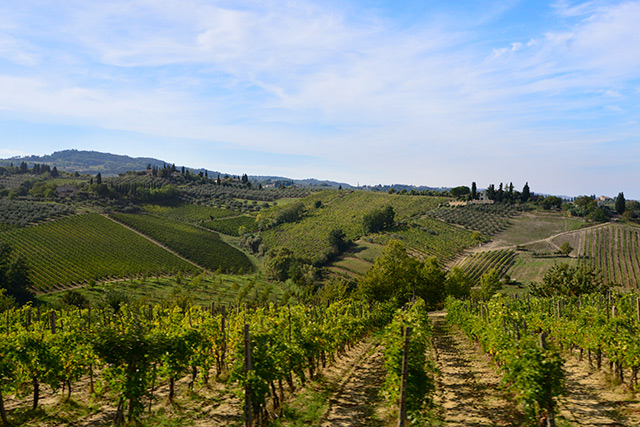 Veneto is home to Prosecco, Italy’s crisp, fizzy favorite. This aromatic white is most often found as a sparkling wine (Spumante), but can also be semi-sparkling (Frizzante) or still (Tranquiollo).

Arguably the world’s most famous wine mecca, Tuscany is home to Chianti, a medium-bodied red that often has notes of florals, cherries, and nuttiness. Wine aficionados flock to the region’s specialty Sangiovese varietals including Brunello di Montalcino and Vino Nobile di Montepulciano. 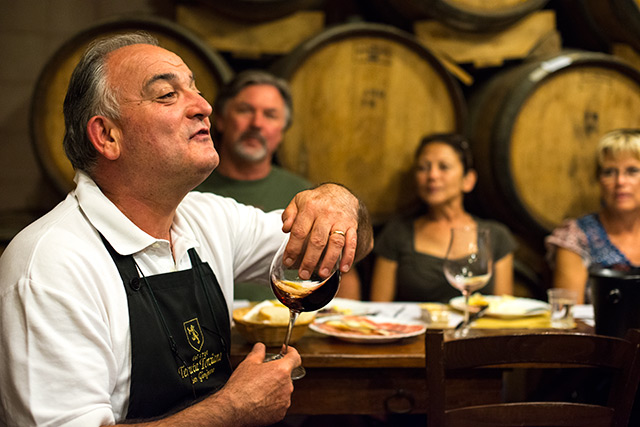 Barolo is Piedmont’s sweetheart. Light in color but bold in flavor, this prized red is known for its earthy, rosy flavor. It also sparked the “Borolo Wars”—a dispute between traditionalists and modernists about the method and length of Barolo winemaking. Barbaresco and Moscato are other Piedmont favorites.

Along with full-bodied reds and whites that can hold their own next to the region’s hearty pasta and meat dishes, this region has another unique standout: Lambrusco. The fizzy ruby red wine is a great lunchtime or appetizer wine thanks to its moderate alcohol content and bright bubbles. 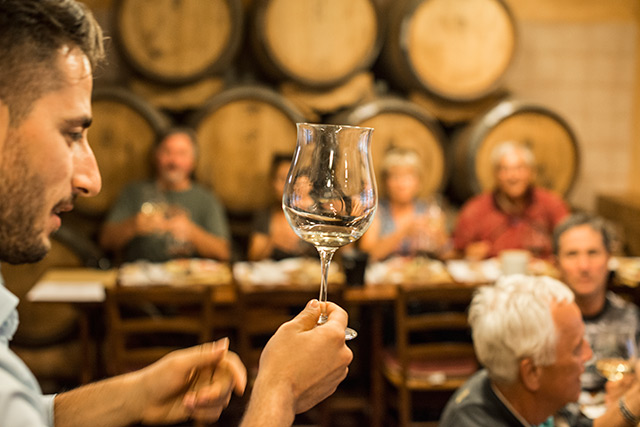 Thanks to the ancient Romans, Lazio’s lands have grown grapes since at least the 5th century B.C. Though the region makes various reds and whites, its viniculture reputation rests on Frascati, a white wine that has been drank for nearly 2,000 years. Today, many of the wineries still use ancient wine caves as cellars.

Surprise: Sicily has more vineyards than any other region in Italy! The island’s specialty? Marsala, a sweet and dry red wine that was traditionally an aperitif and is now often served as a dessert wine.

Put a Food & Wine Tour on your wish list