Ever since looking at the places behind the paintings last month, we’ve had this kind of inspiration on our minds. There are many incredible destinations around the world that have sparked creativity in all its forms. Here are four scenic spots that inspired the stories captured in famous novels and films.

1. Salzburg, Austria: The Sound of Music

Did you know that this tale, which has been told both on Broadway and by Hollywood, is based on a true story? Maria Trapp’s memoir, The Story of the Trapp Family Singers, details the family’s life in Salzburg and escapes to America at the beginning of World War II.

The Austrian capital and its surrounding landscapes are the settings for the beloved musical. Many filming locations throughout the city are popular with visitors today. Stop by the Mirabell Palace Gardens to see where Maria and the von Trapp children sang “Do-Re-Mi” or visit Leopoldskron Palace and Frohnburg Castle, both of which were used as the family’s residence.

Around 200 years ago, Wilhelm and Jacob Grimm called the Black Forest region of Germany home. They grew up hearing folktales that had been passed down for generations—and one day, they decided to put them all on paper. As they recorded the stories, they sometimes added their own descriptive elements and twists, perhaps inspired by their surroundings.

The Black Forest inspired the setting for many of the well-known tales, such as Red Riding Hood, Hansel and Gretel, Snow White, and Sleeping Beauty. Their first collection of fairy tales, published in the early 1800s, wasn’t quite full of the bedtime tales we know them as today, however. Man of the stories originally had darker, more violent themes, which were gradually removed as the tales became popular with children. It’s no surprise that this enchanting area, full of dark forests and small towns, played a big role in the brothers’ lives and work.

3. New Zealand: The Lord of the Rings

While England’s landscapes first inspired J.R.R. Tolkien’s famous fantasy novels, New Zealand played the starring role in the film retellings of these clever stories. The otherworldly landscapes of the island nation created a perfect backdrop for the events of The Lord of the Rings trilogy.

The director of the movies, Peter Jackson, found many unique ways to transform his home country into Middle-earth, the setting for the trilogy. From the rivers and peaks of Fiordland to Mount Victoria outside of Wellington, a range of locations set the scene as the land the characters passed through on their fantastic journey. While some of the filming spots are more remote than others, fans of the novels and films can explore many of the remarkable destinations.

Let your imagination run wild as you venture through this captivating country on our New Zealand: Untamed Landscapes tour

The book (and the sequels that followed) detail a spunky girl’s coming of age within a fictional community on Prince Edward Island. Rolling hills, stunning shores, and rural communities are the trademarks of this idyllic province in the Canadian Maritimes. It was here that L.M. Montgomery lived and found inspiration for her novel. The well-loved stories have remained popular for over a century and even been retold in many forms, from musicals to movies to television series.

Many of the locations mentioned throughout the series, like Avonlea and the Lake of Shining Waters, are based on real places where the author spent time on the island. You can stop in for a visit at the Anne of Green Gables Museum, located in a 19th-century home, to learn more about the writer’s lifetime on Prince Edward Island.

Discover the landscapes that inspired the writer on our tour, Canadian Maritimes: Nova Scotia to Prince Edward Island

Have you ever traveled to a destination that inspired a famous story? Tell us about it on Facebook.

Visit these famous locations on tour 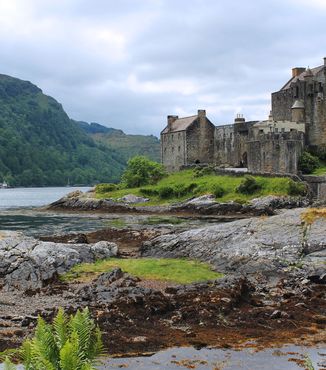 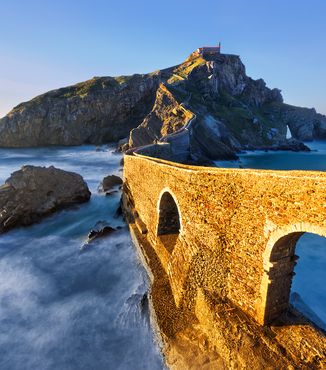 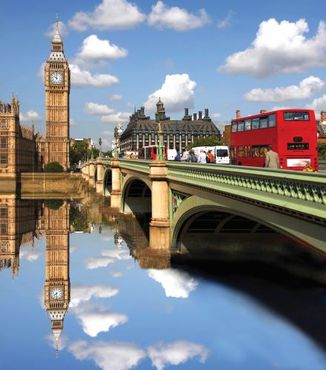 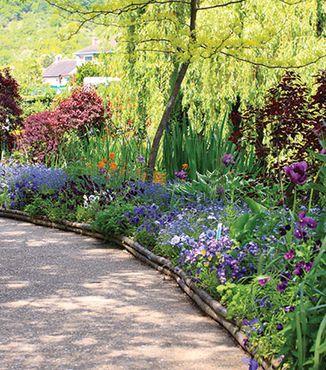 Destinations
5 Landscapes loved by artists to visit around the world