Rather than hitting the road, we’re diving into books that take us on literary journeys to far-flung cities and bring local cultures to life. Here, our staff members share some of the top books to read to inspire your next adventure. 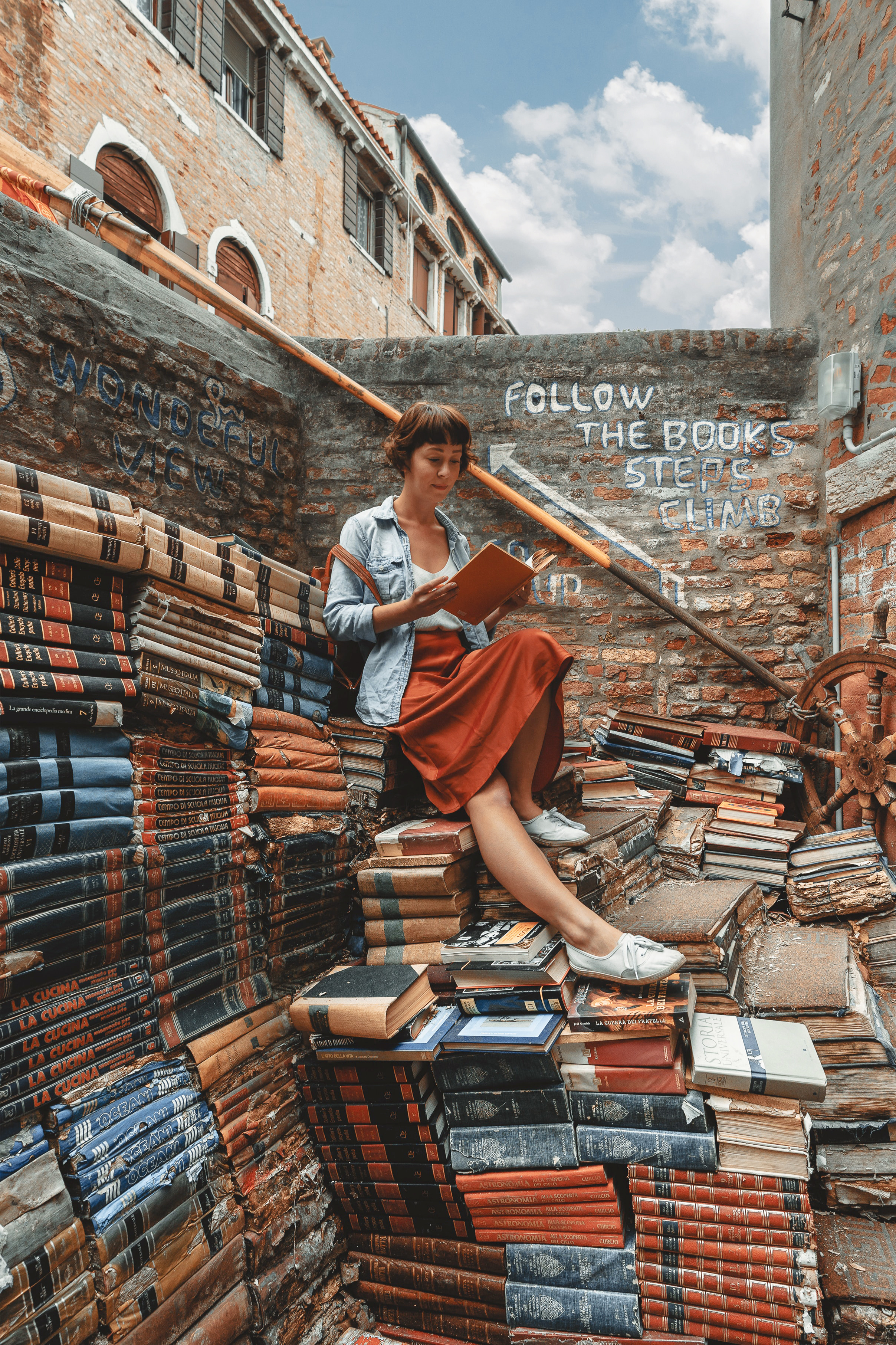 The *Outlander *series by Diana Gabaldon “This series paints a beautiful, romantic picture of the Scottish Highlands and Inverness. It is historically accurate to what life in a clan was like in 18th-century Scotland and makes you feel like you’re there.” —Arlena

The Sun Also Rises by Ernest Hemingway “This is a fantastic read for anyone wanting to know more about the culture and ambiance of Paris, Pamplona, or Madrid. I read this novel after a trip to Europe and it definitely made me eager to go back. It paints a vivid picture of local life in European towns through the eyes of American and English characters.” —Danilo

The Count of Monte Cristo by Alexandre Dumas “This book is about a young man living in France. Considered one of Dumas’ masterpieces, the story follows Edmond Dantes on his journey of revenge through Paris, the French Rivera, and Italy. I learned so much about France and the French language by reading this book! I’ve never been, but I’d love to go.” —Hayden

Marie Antoinette: The Journey by Antonia Fraser “This is a very intriguing biography about the 18th-century French queen. It provides clear, vivid imagery of the Palace of Versailles during its glory years and recounts the sad destruction that came with the French Revolution in Paris.” —Arlena

A Room with a View by E.M. Forster “I absolutely love this book. It begins in Florence, Ital,y with an Edwardian teenage girl traveling with her Victorian aunt on her ‘Grand Tour.’ Part one of the novel is set in Florence and it’s the catalyst for a lot of change in the protagonist’s life. The rest of the book takes place in the English countryside in Surrey. It’s funny, smart, and really emphasizes the power of travel, the romance of Florence, and the silliness of upper-class English society at the turn of the century.” —Laura

If you’d like to travel to Asia, Africa, or Australia one day, read…

The Ginger Tree by Oswald Wynd “I recently finished this novel and loved it. It tells the story of a Scottish woman who travels to Asia to marry in the early 1900s, and I learned a lot about Chinese and Japanese cultures by reading it. My sister and I recently booked a trip to Japan and we are planning to cover some of the areas described in the book.” —Remi

A Fine Balance by Rohinton Mistry “This is one of the best epic novels ever written about India. It’s a must-read for anyone considering traveling to the country and tells a story that will stay with you for the rest of your life. I’ve never been to India, but after reading this book, it is high up on my list!” —Robin

The Alchemist by Paulo Coelho “This is one of my all-time favorite books. It’s about a shepherd boy who leaves his home in Spain for the first time ever to find his ‘treasure’ across the Mediterranean in Africa. He learns about new cultures, himself, and love, and develops a deeper appreciation of his own country. It’s a quick read, beautifully written, and has shaped my life with its values.” —Hayden

In a Sunburned Country by Bill Bryson “I read his book while I was living in Australia and always suggest it to people who are looking forward to an adventure on the continent. Bryson does a fantastic job of giving you a candid look into a region while also getting you excited about the less flaunted, more authentic reasons to travel there. His book combines novel, memoir, and travel guide into one. This is a must-read that gives you a realistic understanding of a truly unique destination. The book gave me so many ideas about what to do during my stay and made it even more fun to explore.” —Dana

If you’re wanting to explore North or South America, read…

The Grapes of Wrath by John Steinbeck “This is a fantastic read before a trip to the American South as it provides so much historical context about the formative years of the American identity. It’s a great piece of literature that says a lot about the early 20th century and the Great Depression.” —Danilo

Midnight in the Garden of Good and Evil by John Berendt “This is one of my favorite books about the South—its lush description of Savannah, Georgia, will immediately make you want to visit. One of my literature professors once described it as ‘The Savannah Bible.’ A good number of the buildings and locations described are still standing and open to visitors, including Mercer House, which is a site that’s pivotal to the book’s narrative.” —Wesley

The Lost City of Z by David Grann “This is a nonfiction book set in the 1920s about an adventurer in the Brazilian rainforest who’s on the hunt for an ancient civilization. It’s a page turner and incredibly atmospheric.” —Arlena

To inspire your children or grandchildren to travel, read them…

Anne of Green Gables by Lucy Maud Montgomery “I love Anne Shirley. She’s my favorite character because she’s so quirky and positive! The book makes me want to visit Prince Edward Island in Canada and see where the writer was inspired. One line reads, ‘It was November—the month of crimson sunsets, parting birds, deep, sad hymns of the sea, passionate wind-songs in the pines,’ which describes the northern coast of Prince Edward Island and Cavendish landscape.” —Christie

The *Percy Jackson and the Olympians *series by Rick Riordan “I recommend these books for the young (or young at heart), particularly ‘The Heroes of Olympus,’ because the characters travel to Europe in it. The whole series is jam-packed with mythological and even historical knowledge of ancient civilizations.” —Rebecca

Oh, the Places You’ll Go by Dr. Seuss “This book has inspired me in my travels and life in general. I have actually come across the story at multiple times, including before leaving for a semester abroad. It has a simple message: Life can be challenging, but there are so many amazing adventures to be had. It can be applied to many different scenarios, including travel.” —Phil

What are some of your favorite books to read before you travel? Let us know on Facebook!