To celebrate memorial events, holidays, and anniversaries, Go Ahead often offers Special Event Tours to bring travelers into the action for once-in-a-lifetime events. To commemorate the 100-year anniversary of the Battle of Vimy Ridge, a group of travelers set off to France on a tour dedicated to Canada’s military history in the First and Second World Wars. Go Ahead Marketing Manager CJ joined the travelers and met countless interesting people throughout the journey. Interested in this type of history-driven experience? Our Canadian World War History: Vimy to Juno Beach tour may be right up your alley.

On Sunday, April 9, 2017, nearly 25,000 people traveled to a small town in northern France to commemorate the large sacrifice of those who fought in the Battle of Vimy Ridge in the First World War. Among those in attendance to honor Canadian soldiers were world leaders, Canadian youth, locals from the nearby French towns, Go Ahead travelers from all across Canada, as well as at least one American—me! On the day of the 100th anniversary of the battle, we sat under the soaring Vimy Ridge memorial surrounded by thousands of boots from Canadian Armed Forces uniforms meant to represent the nearly 3,600 Canadians who died during the pivotal battle. During our journey, my group and I reflected on the legacy of those sacrifices made 100 years ago.

Speeches of tribute were made by dignitaries such as Prime Minister Justin Trudeau, Governor General of Canada David Johnston, former French President François Hollande, and Prince Charles, accompanied by his sons Prince William and Prince Harry. While the words from the dignitaries rang over the former battlefield, it was the stories that were shared by my own fellow travelers that truly brought the sacrifice of those who served to life for me and continue to echo in my head. Here are a few stories of those who were compelled to join on this commemorative tour. 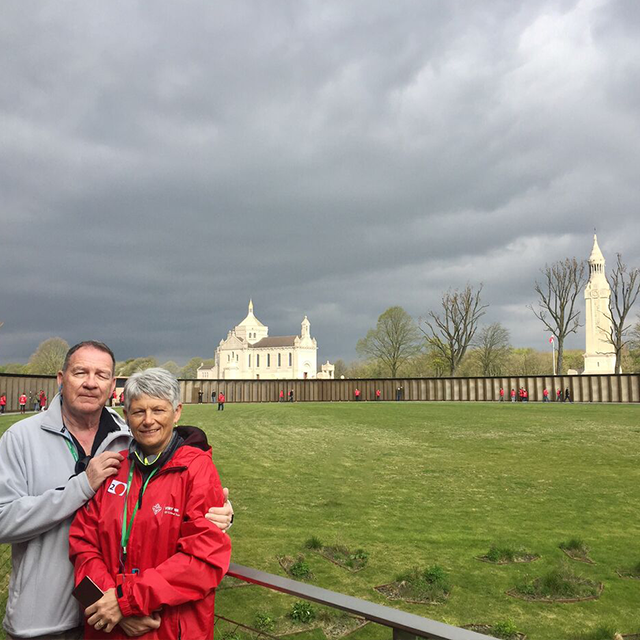 Don & Alice | Winterland, NF
Don and Alice joined the tour with personal connections to the Canadian battles fought in the region. For Don, his grandfather was among the thousands of Canadians who perished in the Battle of Vimy Ridge. Don was able to honor his grandfather’s sacrifice at the ceremony as well as visit his gravesite outside of Arras, France for the first time. We were also able to locate his grandfather’s name among the 576,606 of those listed on the Ring of Remembrance, a memorial in in Ablain-Saint-Nazaire, which honors the soldiers of forty different nationalities who died in the region from 1914–1918. 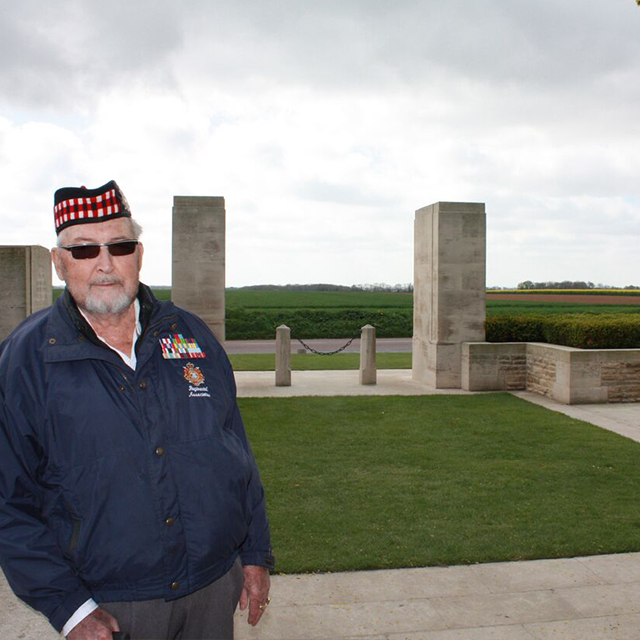 Stanley | Surrey, BC
Another decorated serviceman and former combat medic, Stanley B joined the tour just a few weeks before his 93rd birthday. About 70 years earlier, Stanley celebrated his 20th birthday in the trenches of Normandy on D-Day. During the tour, Stanley shared with us his stories from service, most notably that of a bible that changed his life in an uncanny way. In 1943, Stanley’s aunt gave him a small bible covered in metal before he went overseas. He kept it next to his heart in his chest pocket. The bible was struck by a spent bullet or shrapnel, forever puncturing the cover, but keeping Stanley unharmed. Stanley was a professional soldier for 24 years, becoming an airborne medic and serving Canada during the Korean War, always with the bible still in his possession. 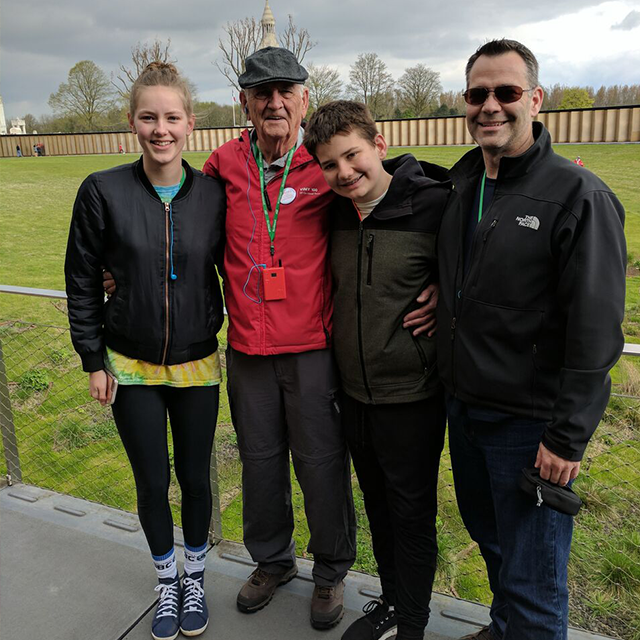 Tom | Brooks, AB
Veteran Tom brought his family on tour to pay homage to their Canadian heritage, representing three generations taking in this one momentous event together. Tom’s son shares his father’s love of flying and works as a pilot like his father, and Tom’s teenage grandchildren had the opportunity to get a first-hand look at the events that they’ve studied in school.

These four travelers’ stories are just a snippet of the powerful experiences that me and my group heard on tour. I will always take away the lessons I learned here and my heart goes out to all those who have served and continue to serve their country. I’ll leave you with a few words from Prince Charles on the day of the Vimy Ridge Ceremony: “Canadians displayed a strength of character and commitment to one another that is still evident today.”

Have you ever attended a national memorial event that touched your heart? Tell us on Facebook.