When to visit New Orleans & what to do

An impressive music tradition, some of the Deep South’s best cuisine, alluring Cajun culture—New Orleans is a multifaceted cultural gem. Whether you’re zipping through the Louisiana Bayou on an airboat or eating some of the city’s best beignets, there are so many reasons to visit New Orleans on tour any time of year. 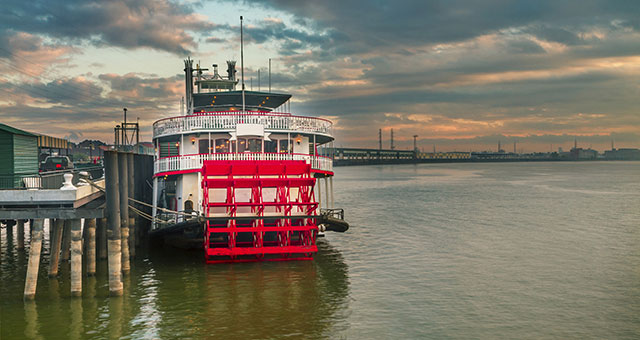 Visit New Orleans in the Spring to...

Have a shouting match at the Tennessee Williams Literary Festival.

Writers, performers, and award-winning speakers gather each March to attend this five-day event, which celebrates the arts and sings an ode to the literary accomplishments of author Tennessee Williams. One of the festival’s biggest draws? The Stella shouting contest in Jackson Square. Attendees try their best to imitate character Stanley Kowalski from the iconic Williams novel A Streetcar Named Desire by shouting “Stella!” into the crowd—and the winners take home a trophy.

Get caught up in the jazz scene at the New Orleans Jazz & Heritage Festival.

This annual event is a true celebration of the city’s proud history and deep-rooted musical legacy, and features talented performers across 12 stages. Pay a visit to “The Big Easy” to jam to live tunes by soulful musicians from around the world, and discover why New Orleans so proudly wears the title as the birthplace of jazz. 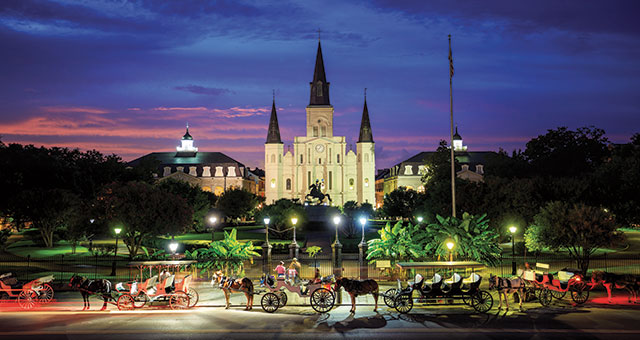 Take a trip in the summer to…

June brings with it Louisiana’s peak Creole tomato season, and New Orleanians mark the occasion the way they do best: with music and festivities. Hundreds of tomato lovers make their way to the French Market—distinguished as the oldest marketplace in the U.S.—to browse locally grown produce, watch a tomato-eating competition, and sample the fruit in all different forms. From tasting fried green tomatoes and bloody marys to noshing on tomato crawfish pies, this is the event to attend if you want a new perspective on an ingredient central to southern cuisine.

Cool down with a frosty Sazerac on Bastille Day.

New Orleans is known for this iconic beverage—it is the city’s official cocktail, after all—and sipping one at July’s Bastille Day celebrations is the perfect way to cool down during the South’s summer months. The potent tonic of rye whiskey, Peychaud’s bitters, and Herbsaint dates back to the early 1800s, and is a mainstay on menus throughout the city. Celebrate New Orleans’ French heritage at the annual block party while getting a taste of the city’s cocktail history. 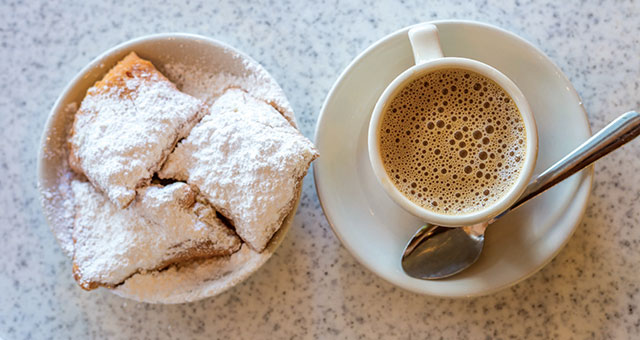 Travel to New Orleans in the fall to…

Fill up at the Oak Street Po-Boy Festival.

This legendary sandwich is practically synonymous with New Orleans, and you can try one of every kind at its October festival—washed down with a local craft beer, of course. Not in the mood for a po-boy? Not to worry. When it comes to comfort food, New Orleanians do it right, and fall is the time to dig into a variety of tempting dishes. Grab a bowl of shrimp gumbo or jambalaya, savor a sugar-dusted beignet at Café du Monde, or fill up on oysters on the half shell and other fresh fish at a seafood boil. One thing you’ll never be is hungry in New Orleans.

You guessed it, listen to more jazz.

This music genre is well-loved all year long in New Orleans, and locals make an event of it at Jazz in the Park. The free concert series runs in the spring from March to June and in the fall from September to October in Louis Armstrong Park, which honors the eponymous jazz legend. It’s the place to sway to live music, admire work by up-and-coming artists, and dig into the city’s delicious food and drink. 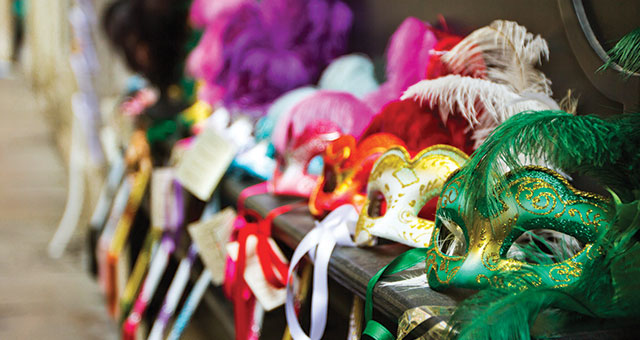 Go to New Orleans in the winter to…

From the costumes and feathers to the elaborate floats created by different “krewes,” Mardi Gras is New Orleans’ most iconic event. This awe-inspiring parade is often called “the greatest free show on earth,” and for good reason. Thousands of merry-makers decked out in green, purple, and gold stroll down Bourbon Street and beyond, vying for beads and a coveted Zulu coconut. And, while the main event takes place on Fat Tuesday, the whole Mardi Gras season lasts from January to March, allowing for more time to get in on the celebration.

This iconic portion of the French Quarter was declared a National Historic Landmark in 1960, and is the place to be a few days before Christmas when carolers gather in front of St. Louis Cathedral. Locals and visitors alike take part in the special holiday event, when the square fills with the glow of candlelight and melodies sung by hundreds of attendees. If a visit to New Orleans in late-December is on your list, this memorable event is a must.

Have any other must-dos during a visit to New Orleans? Tell us on Facebook!