5 animals to see on a tour of Costa Rica

More than 500,000 different species call the rainforests of Costa Rica home, representing almost 4% of the world’s biodiversity. That means, relative to its size, Costa Rica is the most biodiverse country on the planet! With so many unique animals out there, it’s practically a guarantee that you’ll spot some amazing wildlife on a tour of Costa Rica—but here are just five of our favorites.

Two different kinds of sloth live in Costa Rica: the two-toed sloth and the three-toed sloth. Their feet aren’t the only difference between them—two-toed sloths have long snouts, and are a little bigger. They’re also nocturnal, making them a bit harder to see during the day when they’re catching Z’s in the trees. As for three-toed sloths, the most abundant type is the brown-throated sloth. They look like they’re wearing little masks and have short, round noses.

The best way to spot sloths is to look up. These sleepy animals spend most of their lives in the trees, but you might be surprised to learn that they like to swim every now and then.

The basilisk lizard is often called the “Jesus Christ lizard” for its ability to walk on water. They have long toes on their back feet that, when running across the surface, help them stay afloat. It’s not just a neat trick—the basilisk lizard evolved its special toes to better escape predators like birds and snakes in the trees. When startled, a basilisk lizard can scurry across the water for nearly five feet before it starts swimming.

Like sloths, spider monkeys also spend most of their time high up in the trees. Their long, skinny arms make swinging from branch to branch a breeze, and they also use their prehensile tails to hang from the canopy while they look for fruit to eat. They live in large groups called “troops,” which can consist of up to 35 individuals. You might hear spider monkeys before you see them—their loud calls can carry hundreds of feet across the jungle.

You don’t have to dive into the waters to spot these oceanic adventurers. Sea turtles can swim thousands of miles, and many migrate to the beaches of Costa Rica to lay their eggs. They use earth’s magnetic fields for navigation and often return right to the very beaches where they were born! Nesting season, which occurs between June and September for most sea turtle species, is the best time to see them. But, you can still learn about these amazing, endangered animals year-round at the Sea Turtle Conservancy in Tortuguero (or “Land of Turtles”), which you’ll visit on tour.

Birds in every color

Okay—this one is cheating, we’ll admit. But because Costa Rica is home to so many incredible species of birds, it’s impossible to pick just one. Resplendent quetzals are one of the most sought-after, and their name says it all. Their brightly colored feathers make the quetzal quite a sight; they were even revered by the Aztecs for their beauty. Monteverde Cloud Forest is one of the best places to see them—and that makes the Sky Walk excursion one not to miss.

Toucans are another bright bird famous in the tropics. Six different species of toucan live in Costa Rica, but the emerald toucan and the yellow-eared toucanet are the ones to spot in Costa Rica’s cloud forests. You can identify toucans by their long, colorful bills, which they use to eat fruit that falls on the rainforest floor.

Last but not least, there’s the roseate spoonbill. Our photographer on tour, Jimmy, was lucky enough to spot one flying overhead when he traveled to Costa Rica. With their bright pink color, it’s easy to think the roseate spoonbill is a relative of the flamingo—but they’re actually closer to wading birds like the ibis.

While you’re out there…

If these five amazing animals have you itching to visit Costa Rica, here are just a few tips to keep in mind to maximize your chances of seeing them. First, try to stay quiet—even doing something as simple as turning off the shutter sound on your camera or phone can keep wildlife from being frightened away. Also, one travel tip is to bring a pair of binoculars to get a closer look at animals that might be hiding out high up in the canopy. Most important of all, be respectful of your surroundings. Stay on marked paths, and don’t try to touch or remove any creatures from their natural habitats.

Costa Rica is one of our Must-See Destinations for 2020! Check out our reasons why, and see all of this year's Must-See spots here. 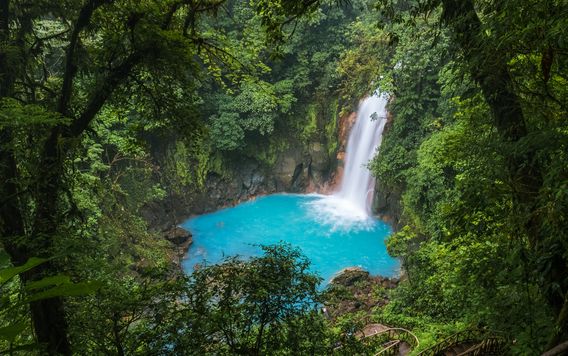 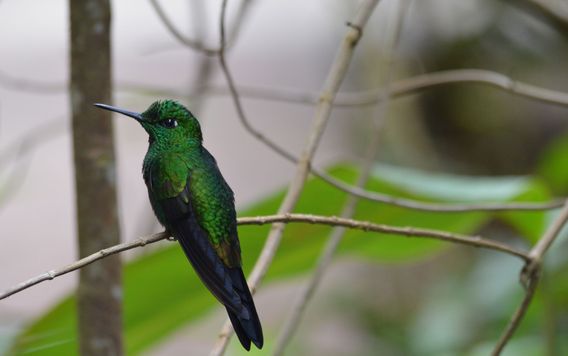 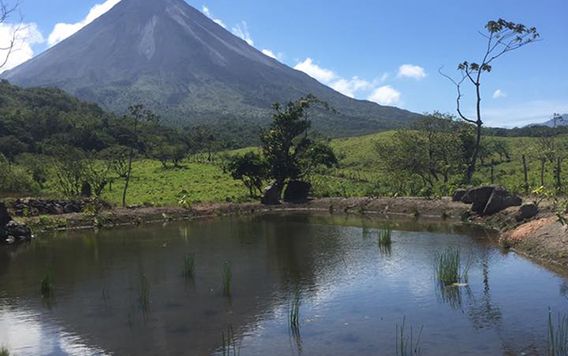