7 Things to know before your Kenyan safari

Going on an African safari was unlike any trip I had been on before. As I’m a bit of an over-planner, zipping up my duffel bag and stepping onto that plane to the unknown was a big leap of faith for me. Here are some things I learned on my tour that will hopefully help you feel prepared for yours. 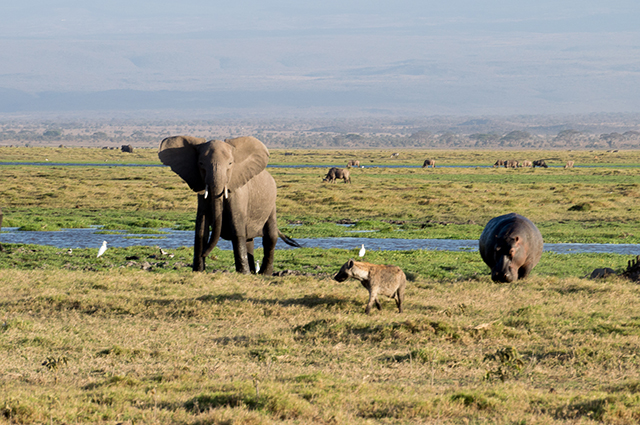 I know we recommend layers for all kinds of travel situations—comfort in the midst of unpredictability is the hallmark of a successful packer—but please heed this advice on safari in particular. The best game drives happen just after sunrise and just before sunset, times when the air is chilly (and let’s face it, you’ll want to wear something cozy at 5am). But, the African sun is hot and you’ll want to be able to shed a layer midday.

My go-to outfit in Kenya was a pair of stretchy athletic pants, a soft tank top or light t-shirt and a lightweight cotton overshirt. By packing a few of each of these items, I was pretty comfortable the whole trip. I also packed a jacket and a light scarf, which came with me on every game drive.

Wearing sunscreen is a no-brainer for most travelers and most of us carry sunglasses around on a daily basis, but I found I really had to step it up in Africa. I am not a “hat person” but was so glad I’d brought a packable straw hat—just be sure to hold on to yours in the moving safari vehicle! 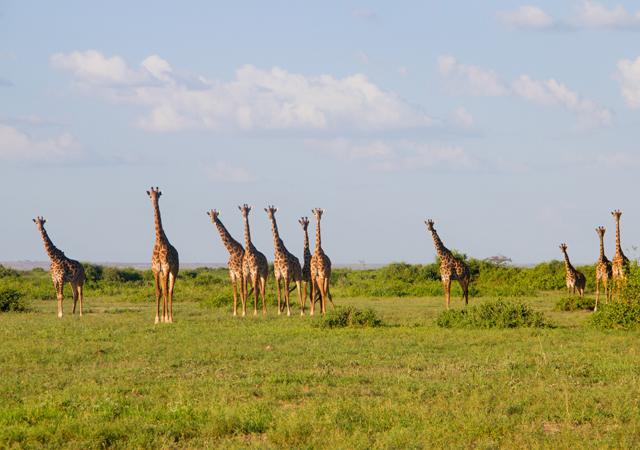 3. There are benefits to going any time of year

My tour was in October, which is the tail end of the dry season. This meant that the dirt roads we traveled on created a lot of dust. It also meant that the skies were mostly clear and we only experienced two brief showers—both of which made for some pretty dramatic photos. “Peak season” in Kenya is mid-summer to early fall, and also January and February. The parks are most crowded (with both wildlife and safari vehicles) during July and August.

By going at a time that is considered slightly “off season,” we avoided some human traffic and were able to get really close to a lot of amazing animals. And while we missed peak wildebeest and zebra migration time, the plains were still packed with animals making their way south. By early fall, many of the animals were beginning to mate, which prompted a lot of conversations with our Tour Director about the family structures and practices of so many animals. And, of course, we saw a number of, ahem, encounters. 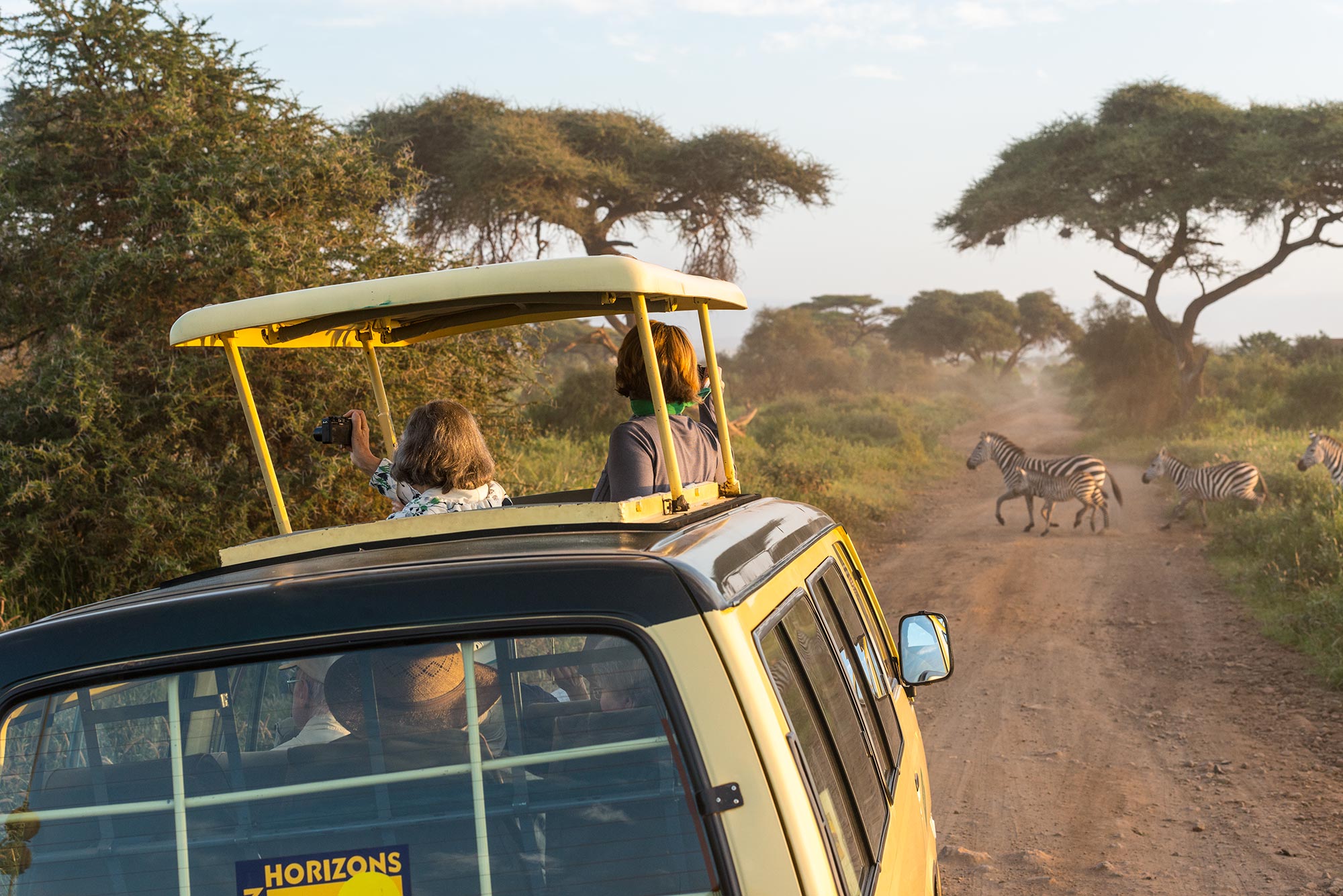 Being on safari is an intense experience, but most of it happens while you’re within the confines of a land cruiser. There are hours of traveling across “African highway,” rocky dirt paths that the locals joke of as a “free massage.” I was fine in the land cruiser seat, but be sure to bring anything you would want to keep comfortable in car for a few hours, such as a cushion to sit on or support your back. Don’t plan on napping in the vehicle, as the scenery and towns you’ll be passing are beautiful, colorful and interesting. Some of my favorite photos were snapped while we were on the road. 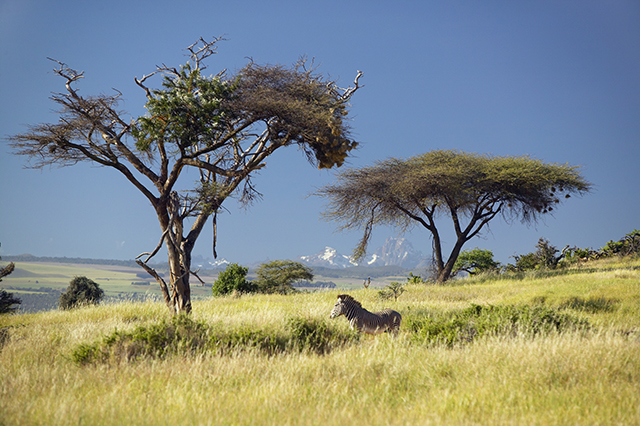 5. The specifics of your destination may vary

Africa is a big place. While the general safari experience can be similar across the continent, the details can be quite different. One mistake I made was asking someone who went to Tanzania for tips regarding my trip to Kenya. I went out and bought light colored pants to wear on game drives, as I’d heard tsetse flies we attracted to dark colors. Little did I know, tsetse flies don’t even exist in Kenya. Taking a bit of time to research the specifics of your destination—climate, wildlife, main attractions—can make all the difference.

6. You’ll stay in many different kinds of accommodations

From the modern hotel in Nairobi and the cozy lodge at Mount Kenya National Park to the well-appointed tents in the Masai Mara, the variety of accommodations was part of the fun. In fact, many people have asked me about the “tents” and I have to say they were perhaps my favorite place to stay. With a solid foundation and even a little back patio outside the thick canvas “walls,” these beautifully furnished rooms made me feel like even more like I was on an exotic adventure.

7. The food is amazing

As a pretty healthy eater in my daily life, I often come home from a trip craving fresh fruits and vegetables more than anything. This was not the case in Africa. Every meal we ate started with a fresh salad or blended vegetable soup made with the same kinds of local produce we saw vendors selling along the streets in the smaller towns. Entrees consisted of tender, grilled meats and fish alongside more vegetables and rice.

Also, Indian cuisine was unexpectedly prevalent. Kenya has a large Indian population and is a popular place for Indian families to visit, so most hotels and nice restaurants serve a selection of Indian dishes. 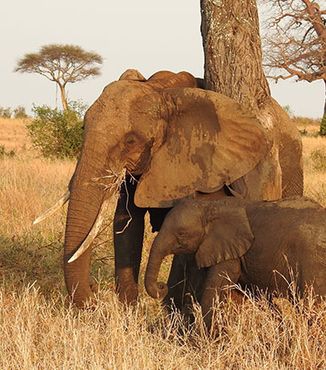